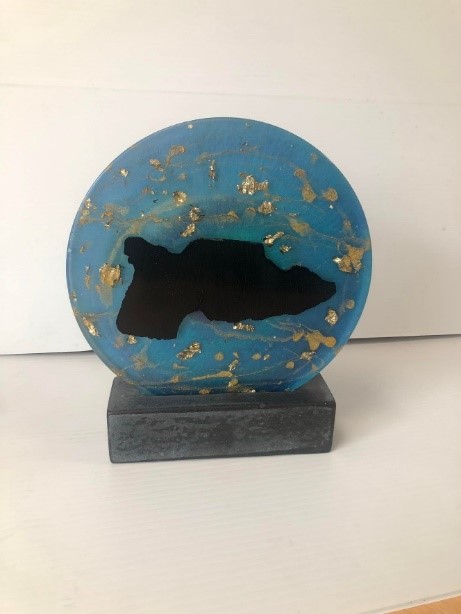 After an absence of a few years, community & voluntary activity was back to being celebrated ‘in person’ at the Cathaoirleach’s Community Awards which were held in conjunction with the Cathaoirleach’s Ball on Saturday 11th June.   The Awards were organised by Galway County Council in partnership with Galway County Public Participation Network and were hosted by the Cathaoirleach Cllr. Peter Keaveney, and MC for the evening Mr. John Mulligan of Galway Bay FM who warmly welcomed everyone to the Ard Rí Hotel in Tuam.

Introducing the Cathaoirleach Awards, Cllr. Peter Keaveney stated: “Each year these Awards acknowledge the contribution of volunteers across a wide range of local activity and the significant impact their actions have on quality of life.   Tonight’s Awards will honour the work of groups across a range of activities which all serve to make our local areas better places to live, work and visit”.

The winner of the Arts and Culture Award which recognises groups who enhance their local area by promoting arts and culture, was Athenry Arts & Heritage Centre.   They were described as a major supporter and contributor to the arts sector and community arts in Athenry, delivering the MAD (Music Arts & Dance) Festival to provide a platform for local artists & musicians, and incorporating an outdoor performance space and a range of wellbeing activities, to ensure their event was accessible and inclusive to all.

The winner of the Best Contribution to Heritage Award which recognises the efforts of Groups who promote the heritage of their local area was Headford Lace Project.   The Group have worked collaboratively to embed their cultural heritage into the fabric of their town through creative artworks such as the Lacemakers Benches and the Lace Matrix sculpture.   They have also collaborated with Claremorris Community Radio and local musicians and songwriters ‘The Whileaways’ to further promote their lacemaking tradition through a radio documentary and the song “Toss the Bobbin” respectively.

The winner of the Environment & Climate Action Award which recognises Groups or Schools who have worked within the community to improve the environment around them or reduce their impact on the environment was Ballymoe Development Group.    The Group are committed to making protection of their local environment and climate action a central focus of their village development work, and have developed a Biodiversity Garden, a local Horticultural project and a Conservation Project at the Islands River.

The winner of the Social Inclusion Award which recognises Groups or Community Facilities which support all people within the community to participate in social and community activities, was Loughrea Mens Shed.    Despite the difficulties in setting up just as Covid-19 struck, the group have transformed an empty community room and overgrown grounds into a welcoming and inclusive space.  They increased their membership from 6 to 26 members, have established a strong social media presence, work collaboratively in their community, and have sourced funding to install kitchen facilities and be the first Men’s Shed to undertake a Healthy Food Made Easy course.

The winner of the Sports Award which recognises the efforts of Groups or Schools to increase participation in sport, particularly from groups with low participation rates, was Club Iomanaíochta Bearna /Na Forbacha.    The Club are committed to instilling the value of sport in children and ensuring all children in their community can be valued members of their Club.   Following a Club Survey which identified a gap in activities, they established a GAA All-Stars Programme and now have 20 children with additional needs attending multi-activity sessions at their Community Pitch, and 26 volunteers comprising students, coaches, parents, therapists and SNA’s who volunteer their time each week to run the sessions.

The winner of the Heritage Publication Award which recognises the efforts of Groups or Schools to research and record the heritage of their area was Scoil Bhriocáin Rosmuc.    This National School has had a very busy year, they have published a book ‘Fréamhacha na Saoirse’ (Roots of Freedom) which presents the events of the Irish War of Independence in West Connemara.  This project involved major research and will be a fantastic resource for all students of history.

A new award category is the Tidy Towns Recognition Award to recognise the achievements of Tidy Towns Groups in the National Tidy Towns Competition and the impact their work has on making our towns and villages attractive and welcoming places to live, work and visit.   Milltown Tidy Towns were announced as the inaugural winners of this Award with the Cathaoirleach noting that they have achieved the County’s first Gold Medal in the national competition which acknowledges that they are serious contenders and is backed up by the wealth of praise for their committee and community in the Tidy Towns Judging Report.

Finally, Pride of Place Awards were presented to the 2 Groups who have been selected to represent County Galway in the IPB National Pride of Place Competition 2022, which is an All-Island competition to acknowledge and celebrate the work of communities to create civic pride in their area.   Lawrencetown Community Development Group are the County’s nominated entry in the Population Category, for the continued development of their vibrant village through facilities such as a playground, MUGA, Heritage Trail and most recently a dedicated Rural Youth and Childcare Facility.     Woodford Parish Development Group are the County’s nominated entry in the Thematic Category of ‘Creative Place’ for their commitment to researching their unique culture and heritage and engaging with all sectors of their community to creatively promote it through repurposed slate signage highlighting their heritage and placenames.

Just as the audience thought the Awards were over, the Cathaoirleach, Cllr Peter Keaveney, announced that he had a special award to recognise the achievement of the Headford Lace Project in achieving National Runner-Up in the Creative Place Category of the All-Island Pride of Place Awards for 2021, and asked the audience to join in a ‘bualadh bos’ to acknowledge their recognition at national level, including their success in having Headford Lacemaking added to the National Inventory of Intangible Cultural Heritage, ensuring its value to Irish culture will be safeguarded for generations to come.

Cathaoirleach Peter Keaveney presented each of the Groups with a specially commissioned award designed and hand-crafted by Zara Little Campbell and Tommy Campbell of Group 8, a non-profit professional artist group based in Ballinasloe.   Each Group also received a Certificate and a cash prize of €500 to use for their work.    The Cathaoirleach stated that the Award Winners during the night demonstrated the amazing quality of community and voluntary work happening around the County and welcomed the upcoming Volunteer Recognition Events which will award Certificates and Commemorative Badges to over 100 Groups which were part of the Community Call during Covid-19, representing over 2,000 individuals.   The Cathaoirleach welcomed the opportunity to recognise the outstanding contribution of these individuals and groups which had a major bearing on keeping people safe and well during the pandemic. 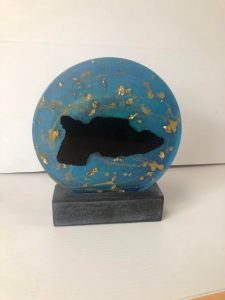