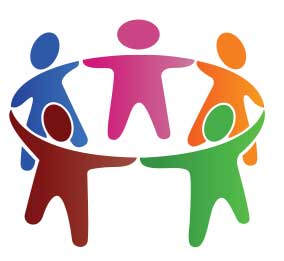 Over 230 people from Community and Voluntary groups from all parts of County Galway gathered at the Connemara Coast Hotel, Furbo on Thursday May 30th to be honoured at the Cathaoirleach’s Community Awards Ceremony. These Awards recognise and celebrate community and voluntary activity in the County. Hosted by retiring Cathaoirleach, Councillor, Seán O Tuairisg, who is leaving the Council after 15 years representing Connemara, the Awards were organised by Galway County Public Participation Unit in partnership with Galway County Council. Over 140 nominations were received for the nine different categories of Awards presented on the night from the wide range of entries from all parts – “ó cheann ceann an Chontae”.

Introducing the prestigious Volunteer of the Year Award, Chief Executive of Galway County Council, Kevin Kelly, praised the work of all volunteers around the County stating that:
“Volunteering is at the heart of community life. Helping others and giving time to your community is a big commitment but a very rewarding one”.
After a tense build-up of clues about who had won the coveted title of volunteer of the year, Rosemary Hanley from Maam was announced as the well-deserved winner. Winner of Volunteer of the Year Award, Rosemary Hanley, is a legend in her local community of Maam and the surrounding villages of Joyce Country, for her longstanding dedication to volunteerism and community work. Rosemary is a stalwart in the community, working tirelessly for over 25 years with the Maam Women’s Group. As Chairperson of the Maam Women’s group, Rosemary has worked hard with the group’s committee in providing courses, classes and activities for the local women and has helped fundraise for numerous charities over the years. She was instrumental in setting up the Maam’s Children’s playscheme and played a major part in making the film ‘Mná an Mháma’ with Galway Film Centre. Rosemary has helped bring the community together on matters from education to social, and much more, over the years. These activities have helped enhance the quality of life for many rural dwellers; for those who are isolated or have newly arrived in the area, with the quality of life of women being a subject also close to her heart.

The Environment Award was won by Abbey Community Development Association. This group was established in the early 1970’s & has been instrumental in the development and maintenance of the infrastructure of their village. In recent years, the village has been heavily involved in Environmental projects focused on protecting & maintaining their local area. Projects include the establishment of a community apiary, a Pallet for Pollination Garden, the development of a school and community garden and even built a Community Hen House referred to as ‘Peckers Park’. The group have just completed a clean-up of their local river and created a mural to illustrate the biodiversity of the river.

The Fit 4 Life group in Woodford was the well-deserved winners of the Sports Award. In the four years since its establishment, this club has made significant strides in facilitating and engaging people of all ages and abilities. Fit4life was set up in 2015 and identified a need locally for alternatives to field sports. The numbers have increase year on year. The participants physical activity has improved but its impact is much more far reaching, people’s mental health and overall wellbeing has also improved also. This initiative was recognised by the judges as a valuable project that creates an open and inclusive programme, helps build friendships, community relationships and generates pride of place.

Winner of the Arts & Culture Award was Yeats Thoor Ballylee Development CLG. Thoor Ballylee, home of W. B. Yeats, is open to visitors each year and the group provides guided tours and talks on the life and work of W. B Yeats, Lady Gregory and others. The group also facilitates a variety of exhibitions and performances by writers, artists and theatre groups. Since 2015, through the work of local volunteers, the group has kept Thoor Ballylee open, despite severe flooding. Recently, the group opened Yeat’s ‘garage’ as the newly refurbished ‘Studio at Thoor Ballylee’. It offers workshop space for Arts and Cultural activities. The opening of their Tower has also inspired and revived pride in the historic area around Gort, where the Arts and Culture of a new Ireland was born one hundred years ago.

Moycullen Heritage / Cumann Staire Ruaidhrí Ó Flaitheartaigh won the Heritage Publication Award, for their book Ruaidhrí’s Story – How Moycullen got its name’. The groups aim in writing the book was to foster an appreciation of the legacy of Ruaidhrí Ó Flaitheartaigh as well as the history and heritage of the Moycullen area. Ruaidhrí was a Moycullen born, 17th century, internationally renowned antiquarian, author, historian and scholar. This unique publication raised awareness amongst the local children in the history and heritage of their locality as well as in Ó Flaitheartaigh himself. Children from the four local National schools took part in the creation of this illustrated tri-lingual book ‘’Ruaidhrí’s Story – How Moycullen got its name’. Their book published not only in Irish and English, was also published in Polish reflecting the diverse population in Moycullen included the illustrations of the local school children. The four local National schools are including the book as a core part of the local Heritage Section of the History Curriculum.

Fochoiste Dhumhnach na Leanbh was a deserving winner of the award for Best Contribution to Heritage. Up to 10 volunteers from Paróiste An Chnoic i gCois Fharraige came together with the help of Cumann Forbartha Chois Fharraige to re-establish the old Children’s burial ground called “Dumhnach na Leanbh”. This old children’s graveyard was situated in the grounds of an old church near the sea in Indreabhán. This graveyard dates back to the Famine in the 1840’s. The group has managed to protect the grave from the sea and restore the graveyard to as true to its original form as was possible. The committee organised a mass on the site last Easter attended by 300 people to celebrate and commemorate the restoration project.

The next award of the night was to recognise the efforts groups are making to promote and increase use of the Irish language in either the Gaeltacht or non-Gaeltacht areas of the County. This category was won by Club na bhFoghlaimeoirí Gaeilge. This is a voluntary organisation formed in An Spidéal in 2014 by a group who wished to foster and support those living in new arrivals in the community who wished to learn or make use of their Irish. The organisation provides support to people of all ages living in the Gaeltacht who are not native Irish speakers. Through its many activities and classes, it enables people to learn Irish and assists people living in the Gaeltacht who wish to live and conduct their lives through the medium of Irish. The judges praised this pioneering and active organisation for all the activities, supports and classes they provide in the area.

The Mighty Oaks Arch Club in Portumna was the very popular winner of the Social Inclusion Award. This club operates under the auspices of the Federation of Arch Clubs in Ireland, but is primarily focussed on supporting families with members who have special needs. The group is only in its second year but has already made a huge impact on the lives of its members. It offers it members the opportunity to experience activities they might not otherwise have had including drumming classes, horse riding, doing yoga, baking and watching movies with others. The group have enhanced the lives of its members by providing them with an outlet to express themselves, reduce isolation and come together as a group of friends and acquaintances. Mighty Oaks Arch Club have made the local community more aware of inclusion and the importance of all working together in support of each other.

Speaking about his experience since taking up the office of Cathaoirleach, Cllr. Séan ó Tuairisg said “he was truly humbled by the dedication, hard work and determination that communities and individuals are involved in every day”. Closing the event, retiring Cathaoirleach and Councillor Séan Ó Tuairisg, congratulated all the community groups and individuals present and thanked them for their invaluable contribution to the County and the trojan work they carry out on behalf of their communities.