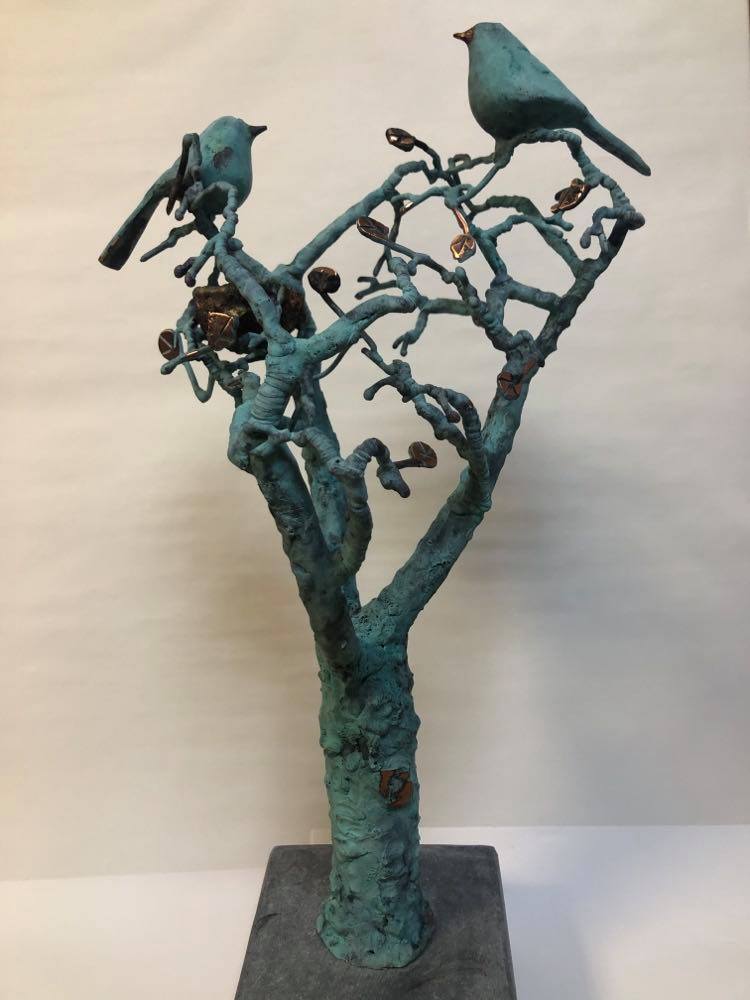 In keeping with the “new normal”, community and voluntary groups, individual volunteers, the Chief Executive and Elected Members of Galway County Council, and a host of well-wishers, met via “Zoom” to celebrate community & voluntary activity during 2020, at an event hosted by the Cathaoirleach Cllr. James Charity and MC for the evening Mr. Keith Finnegan of Galway Bay FM who welcomed everyone to the event live from the Galway Bay FM Studios on Sandy Road. The Awards were organised by Galway County Council in partnership with the Public Participation Network and 57 nominations were received for the 6 different categories of Awards.

Opening the virtual ceremony, Cllr. James Charity, Cathaoirleach said; “Every year, these Awards recognise the commitment of individuals and groups who go above and beyond to support their communities through voluntary work and acknowledge the significant impact their actions have on quality of life. This has been particularly evident over the last 18 months when the Community & Voluntary sector has been to the forefront of the COVID-19 Community Response across the County and never has it been so important to acknowledge and recognise volunteerism and the amazing community spirit and kindness displayed across the County. As Cathaoirleach of the County, I am very proud of all who came together to keep people safe by ensuring they could reach out for help from their home, and kept people connected by interacting with them through phonecalls, texts, technology, Care Packs, creative activities and getting them to interact with and appreciate the beauty of nature.”

The first Award Category of the night was the COVID-19 Community Response Award to recognise the efforts of Groups to maintain the resilience of individuals and communities by providing practical and social supports. There was an Award per Municipal District under this category, but as Keith pointed out afterwards, there were 6 Awards because there was a tie and the nominees couldn’t be separated by the Judging Panel. The Winners of these Awards were:

For their efforts in maintaining the resilience of their community by delivering a range of practical and social supports including establishing a Meals on Wheels service.

For their efforts in maintaining the resilience of cancer patients through practical and social supports, extending their premises, and extending supports to the Brazilian community in their native language

For their efforts in maintaining the resilience of the community by structuring the delivery of practical and social supports including coping with increased demand for Meals on Wheels.

The next Award Category was the Culture and Creativity Award which recognises groups who enhance their local area by promoting the arts, culture or heritage through creative activities. Introducing the category, Keith Finnegan pointed out that the Judging Panel stated that this was a very competitive category with several of the projects a deserving winner, which reflected highly on the strength of the arts & cultural sector in the County. The Cathaoirleach announced that the Judging Panel had made a decision and the Award went to:

For bringing the arts out into their community during COVID restrictions by organising the first Digital St. Patricks Day Parade in Ireland, and delivering light filled spectacles in housing estates throughout the town through the “Make A Joyful Noise” project and a Christmas Carol event

The next Award Category of the evening was the Environment & Natural Heritage Award to recognise Groups who enhance their local area by caring for the environment and natural heritage, or promoting environmental projection and sustainability. Describing the nominees, Keith Finnegan M.C. remarked upon the importance of our natural environment which really came to the fore during COVID-19 restrictions when everyone appreciated more what was within their 5k and there were some wonderful projects again in this category. After commending each of the project, the Cathaoirleach announced the Winner of this Award as:

The next Award Category was the Health and Wellbeing Award to recognise Groups who enhance their local area by implementing proactive initiatives to support physical, mental and social wellbeing. In introducing the Award, the Cathaoirleach stated that this project had helped a vulnerable group maintain wellbeing during COVID-19 and was a project which was innovative in its approach and would have added value over time – and he announced the Winner as:

For developing an Activator Pole Walking Programme for individuals living with and beyond cancer, in conjunction with a pilot study with Athlone Institute of Technology to measure the effectiveness of the programme on physical and psycho-social health of individuals, which will be the first of its kind in Ireland.

The next Award of the evening was the Social Inclusion Award which recognises Groups who create opportunities for everyone to participate by providing positive environments and initiatives to care for those who may be vulnerable, isolated or marginalised. In introducing the winner, the Cathaoirleach James Charity acknowledged the role played by the Public Participation Network (PPN) and its Member Groups in reaching over 10,000 people through a range of outreach activities and events during 2020. He acknowledged that the Winner had created many opportunities for people to participate in activities and were innovative in overcoming the problems posed by the pandemic, and announced that the Award winner was:

For their efforts to combat social and geographic isolation during the pandemic by implementing a multi-faceted programme including befriending phone calls to the elderly, a Walk and Talk Programme, Mindfulness through painting, Plant Box painting and planting, and a Musical Memories Programme on Connemara Community Radio

Introducing the prestigious Individual Volunteer of the Year Award, Chief Executive of Galway County Council, Jim Cullen, praised the work of all volunteers around the County and stated that these unsung heroes selflessly give their time and talent and contribute significantly to the quality of life in their area, making a measurable difference in people’s lives, and we are lucky to have so many across our towns, villages, parishes and streets. Introducing the winner, the Cathaoirleach James Charity stated that they were so eloquently described by their nominee as their role model and the backbone of community development in their area, and announced that the winner was:

Venetia was nominated for being the driving force behind the establishment and integration of many community groups to further social inclusion and the preservation of natural heritage in Headford, and in 2020, for developing artwork for biodiversity signage, but particularly for being a role model, motivator and inspiration to others.

James Charity, Cathaoirleach, then surprised everyone by announcing that there was a further Award to be announced, and that as Cathaoirleach during 2020 and part of the COVID-19 Community Response Forum, he had decided to issue a Cathaoirleach’s Special Award for a group which he felt had made a significant impact during COVID-19. He proceeded to give a few clues about this Group as follows:

· They distributed over 5,000 leaflets as well as posts on social media and Church Notice Boards advertising that they were there to help

· They looked after a huge geographical area covering multiple Municipal Districts including areas such as Loughrea, Oranmore, Turloughmore, Colemanstown, Clarinbridge and Clareglaway.

· They enlisted the help of numerous Groups, Individuals, Sports Clubs and Elected Members.

· They had their own unsung hero who co-ordinated every single request for help and ensured it was resolved by one of their many volunteers.

The Cathaoirleach announced that the Winner of the Cathaoirleach’s Special Award was Athenry Community First Responders Group and called on Gearóid Ó Cinnéide to accept the Award. Gearóid gratefully accepted the Award and acknowledged the contribution of the many Community First Responder Groups, other Groups and Individuals, who had all contributed to the mammoth effort over the last 18 months.

Closing the Awards Ceremony, the Cathaoirleach stated that in 2020, all of our volunteers were heroes and winners, and their ‘can do’ attitude, leadership and kindness was greatly valued and appreciated by all who had witnessed it and benefited from it and he was truly humbled by their hard work and dedication. He asked all of the attendees to join in a “Bualadh Bus” for all community and voluntary activity in 2020.

The full online ceremony can be viewed at https://youtu.be/rkcb2B2olB4 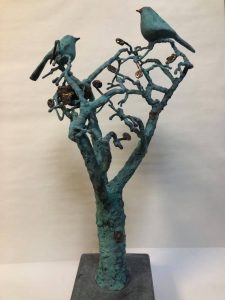 Each Winner of a Cathaoirleach Award receives a Certificate, a specially commissioned Award and a cash prize of €500. The Awards for 2020 have been specially commissioned and are hand-crafted by Liam Butler and his son Ronan. Liam and Ronan are self-taught Sculptors who live and work in Furbo, Connemara, and specialise in using recycled copper to create beautiful and unique pieces inspired by nature, people and traditions around him. The recycled copper-based sculpture of birds building their nest in a tree signifies the hard work of volunteers as they build their community around them using their own resources.