The public vote is now open for the Natura 2000 Awards, organised by the European Commission

The Minister for Culture, Heritage and the Gaeltacht, Josepha Madigan, TD, has welcomed the announcement that an Irish raised bog restoration project, co-funded by the Department and the EU LIFE programme, has been nominated for one of Europe’s top environmental awards.

The Living Bog project, which commenced in 2016 and finishes this December, is among 27 finalists for the European Commission’s Natura 2000 Awards. The awards recognise excellence in the management of Natura 2000 sites. The Living Bog is nominated in the ‘Community’ category, with the bog project’s work in the local community and its involvement of community groups and individuals – including turf cutters – in project actions recognised by the European Union’s environmental bodies. 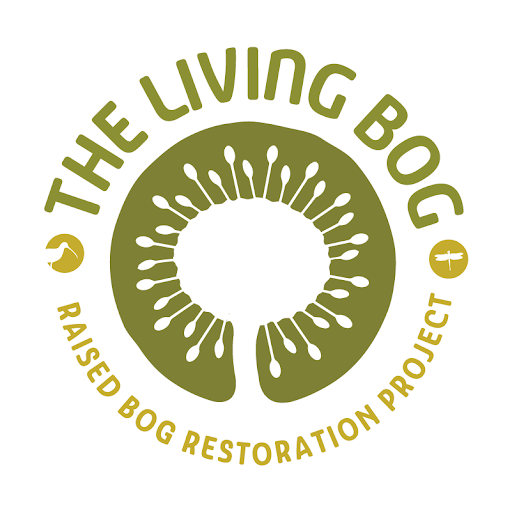 Congratulating the project team on the nomination, the Minister commented: “I am delighted that the work of the Living Bog with local communities has been recognised with its nomination for a Natura 2000 Award. This project aims to restore raised bog across 12 raised bog Special Areas of Conservation (SACs) across seven counties. Encouraging local community involvement is a significant element of the project. I wish to congratulate the project team on its outstanding efforts to promote awareness of peatland restoration in the local and wider community.”

A high-level jury will decide on five winners in Natura 2000, but from the finalists the public will also choose its winner: The Citizens’ Award.

Up to September 15, the general public will be voting for its favourite Natura 2000 Award finalist, and the application that receives the most votes will win the coveted European Citizens’ Award. Since the Natura 2000 awards started in 2014, there have been no Irish winners in any category.

Voting links are live at https://natura2000award-application.eu/en/finalists from 1:30pm today, June 2, which coincides with World Peatlands Day.

The project is funded by the EU LIFE 2014-2020 Nature and Biodiversity Fund, with the Department of Culture, Heritage and the Gaeltacht the co-ordinating beneficiary. The project is undertaken by a five-person project team located in the heart of the Irish midlands ‘peat district’ in Mullingar with many local contractors carrying out works throughout seven counties.

The aim of the project is to improve the conservation status of the priority habitat Active Raised Bog (EU Habitat Code 7110). This is being achieved by drain blocking with peat and plastic dams, barrier dam construction and other restoration and improvement measures. In total, almost 200km of drains have been blocked by the project with c.10,000 dams installed.

It is the project’s work in communities that has been recognised by the EU. An active programme of community events, from walks and talks to children’s nature camps saw the Living Bog project establish a foothold in local communities. Community volunteers gave up many hours of their time to assist at project events and also to help on many project actions. This was further supported by an intensive social media campaign and web promotional work. A major schools outreach project was also launched. Over 100 schools were involved and children were encouraged to learn more about peatlands and bogs and espouse the benefits of restoration at home and socially.

Working with local community groups, the project is currently delivering or set to deliver amenity and educational facilities, including boardwalks, walking routes and educational parks, at five locations – pending planning permission decisions for a number of sites. It is anticipated that these developments will generate local health, social and economic benefits.

The project aims to re-create the eco-hydrological conditions on these sites to consolidate over 750 ha of Active Raised Bog within an overall area of almost 2,700 ha of raised bog habitat improved.  Restoration works have been completed on ten of the 12 project sites and are being monitored closely to identify site response in relation to hydrology, ecology and water chemistry. To date, results have been positive, especially in the area of cutover restoration.

Cutovers are where peat was extracted from the raised bogs in the past, and novel restoration techniques have seen many rare flora and fauna re-populate the sites relatively quickly after restoration works have taken place.

Active raised bogs once covered over 766,000 acres of the Irish midlands (Hammond, 1979). Turf extraction and peat harvesting on an industrial scale along with other activities have, however, stripped much of this away, to the extent that approx. 9% of the original raised bog resource remains in protected sites with less than 1% (1,639 ha) of active raised bog left nationally.

To endeavour to ensure the protection of the remaining peatlands, 53 raised bog sites were nominated for designation as SAC/Natura 2000 sites in the late 1990s/early 2000s.

The Natura 2000 Award is designed to reward excellence in the management of Natura 2000 sites  (Special Areas of Conservation and Special Protection Areas) and showcase the added value of the network. It pays tribute to all those who work to make Natura 2000 a success whilst drawing public attention to its substantial achievements.

The Natura 2000 network works to ensure the long-term survival of Europe’s most valuable and threatened species and habitats, and is the centre piece of the EU’s nature and biodiversity policy. It is currently made up of over 27,800 sites. In total, it covers almost a fifth of Europe’s land area and almost 10% of the EU marine areas, making it the largest coordinated network of conservation areas anywhere in the world.

In 2014, the European Commission launched the annual European Natura 2000 Awards; the aim of which was to demonstrate what the network is, what it does to preserve Europe’s biodiversity, and how it benefits us all. The finalists chosen represent the efforts by Europeans to protect and restore nature in the EU – through conservation actions on the ground, by raising awareness about species and habitats, by highlighting the socio-economic benefits of the Natura 2000 network and by bringing stakeholders together. To date, no Irish project has won an award at the award ceremonies, held each year in Brussels.